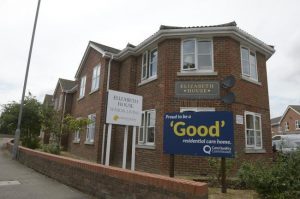 The police are investigating an Essex care home, operated by Runwood Homes, following two deaths that were declared unsafe and now dozens of residents could be at risk.

The care home, Elizabeth House, Hadleigh, Essex had a ban implemented on them by the Care Quality Commission preventing them from accepting any more residents. It was revealed by CQC the home had 100 people living there.

Elizabeth House was rated ‘inadequate’ following a five-day emergency assessment and received ‘inadequate’ for safety, leadership, care and ‘requires improvement’ for the be effective category.

The home is now in special measures as the investigation into the deaths of a 90-year-old woman and 79-year-old man continues.

The deaths of the two individuals are not being treated as suspicious, but there have been previous allegations of potential negligence prior to their deaths, which police are currently investigating.

Runwood Homes, owner of dozens of care homes across the UK, has recently been in the news for being paid £44 million by the NHS over the last three years.

The CQC report said: “We took urgent action to restrict admissions to the service and placed several conditions on the provider’s registration because we were concerned about people’s immediate safety. The overall rating for this service is ‘inadequate’ and the service is therefore in special measures.

“Risks were not suitably managed or mitigated to ensure people’s safety and wellbeing. Some people did not receive their prescribed medicine as they should.”

It was revealed by local paper Echo that staff failed to administer pain relief treatment for a resident 48 consecutive times.

Inspectors also found residents were being supported to get up and go to bed when the staff wanted to help them and not when residents were in need of rest.

Runwood Homes claim changes have been made, with a spokesman saying: “Elizabeth House has recently undergone some managerial changes and the home continues to work positively in partnership with all key stakeholders to uphold the quality care delivered within the service to all our residents.

“This has been recognised by visiting professionals and residents alike, which is of course our ultimate aim.”

Dementia writer warns murals can be confusing and visually disturbing