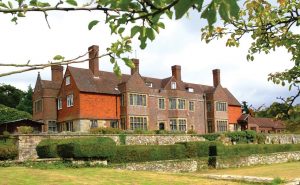 Residents at a care home near East Grinstead, Sussex were told they must leave immediately after the Care Quality Commission (CQC) took urgent enforcement action.

The CQC made the decision to shut down Horncastle House following three separate inspections. Relatives of residents claimed they were not given a reason for the sudden and unexpected closure.

The situation was described as ‘total chaos’ by a relative. Tim Leader, whose father-in-law was a resident, said: “There were loved ones there now crying not knowing what to do. How can the Care Quality Commission make this decision without first ensuring adequate provision has been made for the current residents?

“It’s just so sad that vulnerable people like this are being treated so badly. You’d expect a care home to be just that, a caring environment for those that need it. It seems in this case at least, we are a long way from achieving that goal.”

Debbie Ivanova, CQC deputy chief inspector of adult social care, said in a statement the home had been inspected in March, August and on the 13 September saying CQC had to take urgent enforcement action to protect people living in the service and to ensure significant and immediate improvements can take place.

A West Sussex County Council spokesperson said it was working with families, CQC and other agencies to ensure residents find alternative, permanent accommodation for residents.

The CQC are working on a full report and will be published in due course.

NHS could be short of more than 50,000 nurses by the end of Brexit, new report predicts

Tips for care homes on preparing for Brexit