Sadiq Khan, the Mayor of London, has now joined to campaign to fight against the city’s nursing vacancy crisis the capital is currently facing.

Mr Khan is personally urging ‘nurses of the future’ to go to the capital to start their careers. The Mayor’s intervention comes following NHS figured that put London’s empty nursing posts at 7,941 between January and March. 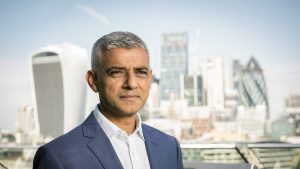 Mr Khan released a video support the Royal College of Nursing’s (RCN) new recruitment campaign where he described nursing as a “massively rewarding career” and encouraged them to look no further than London.

The College launched the campaign during the summer with the hashtag NursingLondon in a bid to attract aspiring nurses to the city and to challenge what they called “the climate of negativity around nursing and health care.”

Mr Khan said he was against the government’s removal of nursing bursaries and warned the move would make recruitment harder. A recent report from the Independent said a quarter of nursing students were dropping out before graduating.

In the video, Mr Khan said: “The RCN has launched #NursingLondon, a campaign to promote nursing as a career and London as the place to work. As a proud champion of the NHS, I’m delighted to show my support.

Whether in care homes, in our own homes, or on the wards of our hospitals nurses make a massive difference to the lives of those closest to us.”

The campaign is run across social media and is backed by NHS England and CapitalNurse.

Derbyshire provider sells care homes as it slips into administration