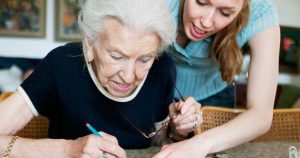 It was announced that Allied Healthcare planned to apply for a Company Voluntary Arrangement (CVA) in April to restructure its debts.

The King’s Fund, an independent charity working to improve health and care in England, has responded on the update from the CQC.

Simon Bottery, senior fellow at The King’s Fund, said: “Over 13,000 people who rely on Allied Healthcare for care and support will be wondering what today’s warning from the CQC means for them.

“Local Authorities have a legal duty to ensure continuity of care for service-users and will be working hard on contingency plans with regulators and care providers, but this does not take away from the anxiety and disruption they and their families will be experiencing.

“The problems faced by Allied Healthcare are a symptom of the huge pressures facing a social care system which is at breaking point after years of under-funding. The additional funding announced by the Government in the Budget offers some short-term relief but is another sticking plaster when radical reform is needed.”

On 5 November, the CQC said they wrote to 84 local authorities affected to advise them of the Allied Healthcare’s situation.

Mr Bottery continued: “Allied Healthcare are not the only major care provider experiencing financial problems. Their difficulties are yet another wake-up call to the huge problems in social care.

“The Government’s forthcoming social care Green Paper cannot shy away from fundamental reform of a system that is patently not working.”