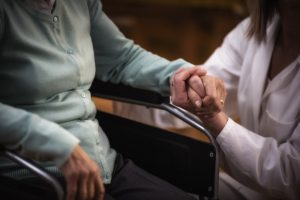 A care home in Nottingham has been sent a £600,000 fine following a guilty plea to safety breaches after a 90-year-old died of Legionnaires’ disease.

Judge Stuart Rafferty QC said: “He did not know, how could he, the room in which he had been placed was in real terms a time bomb for him. No-one knew that.

“This is not a case of criminal neglect. No-one knew because no system had been put in place which could have enabled that to be discovered, not until it was too late.”

Alliance Care admitted failing to ensure the safety of residents and employees at former Kestrel Lodge in September at Nottingham Crown Court.

Samples were taken following Mr Bonser’s death and they showed a high concentration of the Legionella bacteria in the toilet system and taps to the sink.

Legionella is a severe form of pneumonia.