A pensioner has asked the NHS to give him an old ambulance, so he can take his wheelchair-bound one-legged wife on a romantic break.

Derek Bozward, 66, wanted to do up an ex fleet ambulance so he can whisk his wife away to her favourite place – Blackpool.

The vans currently sell for anything between £2,500 and £20,000 after they are returned to lease companies from the NHS. They are then sold on.

Mr Bozward discovered this recently and has now called for an old one to be donated to him instead. Mr Bozward was treated in November 2015 and wasn’t entirely happy with his treatment and believes the NHS could donate the ambulance as compensation.

Mr Bozward wants to treat his wife to the holiday following her diagnosis of diabetes – which led to the amputation of her leg. His wife has also had multiple heart attacks and a brain tumour. 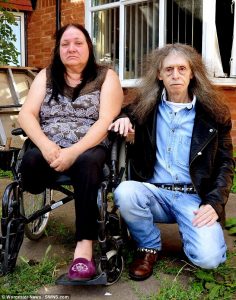 “We want the ambulance, so we can go on holiday perhaps two or three times. We’ve spent so much time in ambulances we thought we may as well get one we can use to go on holiday in,” said Mr Bozward.

A spokeswoman for West Midlands Ambulance Service, Mr Bozward’s nearest service, said: “We do not sell ambulance but instead return them to the company that provides them at the end of the lease.” She suggested Mr Bozward contact other ambulance services to see if they could provide him with one.

Students near the seaside by the sea shore