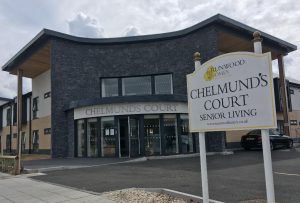 Damning reports in to a Solihull care home has sparked concerns as it was revealed a catalogue of failings were identified during the summer.

Chelmund’s Court, run by Runwood Homes, was ranked as ‘inadequate’ in every category by the Care Quality Commission (CQC) following a routine inspection earlier this year.

The reports were presented in a full council meeting and councillors heard concerns about the standards at the facility were first raised in December 2017 – weeks after it opened for the first time.

The home has around 40 residents and had serious concerns raised about the management of medicines, reliance on agency staff and its recording of accidents and incidents.

Cllr Burn said: “Yes some things had got better when inspectors returned two months later, but it was still miles from a rosy picture.

“As we’ve been aware of this since December, one month after the home opened, and as the situation has been dragging on now for 10 months, how can we be at all reassured that changes have been made and that our residents are safe here, let alone well cared for?”

The home was created to help the number of affordable nursing home places in Solihull.