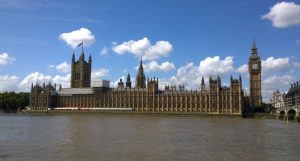 The Voluntary Organisations Disability Group (VODG) and other care sector leaders are calling on the government to work with them to protect human rights safeguards.

The Mental Capacity (Amendment) Bill aims to replace the current ‘Deprivation of Liberty Safeguards’ (DoLs) and seeks to change the legal safeguards for people who lack capacity to consent to their care or treatment.

Care sector leaders agree reform is necessary as the current system is under-resourced and unworkable, but their concerns continue to mount over the government’s plans – which they say will save local authorities £200m or more each year with little to no evidence being presented to show this will be achieved.

The renewed call comes after the Department of Health and Social Care formally declined to answer the Freedom of Information Access requests that outline its engagement with the sector on the Bill – the decision has now been appealed.

Dr Rhidian Hughes, chief executive of the VODG, said: “We want to work with the government on appropriate reform to the deprivation of liberty safeguards.

“Our belief is that this must be achieved in an open and transparent way.

“The engagement the Department of Health and Social Care has had with the sector over these important reforms is a matter of public interest.”

The Mental Capacity (Amendment) Bill is currently in the House of Lords and is due to reach the next committee stage today (22 October).

Judy Downey, chair of the Relatives and Residents Association, said: “The Bill requires care home managers to be judge and jury all too often about decisions in which they themselves were involved.

“This worrying change loses the crucial independent element provided by a professional who has a duty to find out the wishes of the person concerned to provide the least restrictive option.

“The Relatives & Residents Association regularly has examples from our Helpline of serious conflicts of interest when vulnerable older people have been deprived of their liberty, and where both residents’ and relatives’ views have been dismissed or ignored.”

Professor Martin Green OBE, chief executive of Care England, said: “This is the last chance for the House of Lords to amend this poorly drafted Bill.

“We have particular concerns about shifting responsibilities onto care home managers when there is a clear conflict of interest.

“Peers have scrutinised the Bill in depth and many have expressed their concerns, but the government seems determined to rail road the Bill through Parliament to the detriment of those most vulnerable in society.”

A cross-sector representation of issues and concerns relating to the Mental Capacity (Amendment) Bill was published by a number of organisations representing people who use services, family and carer groups and independent and voluntary sector providers – which can be read here.