A nursing home in Bexhill-on-sea has received an ‘Inadequate’ rating and has been told it needs to improve following CQC inspections that took place over three days in June.

The report, published earlier this month, said Southlands Place was inspected in October 2017 where it was also rated ‘Inadequate’ by the Care Quality Commission (CQC). 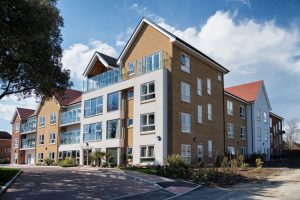 The CQC found the home was in breach of the Health and Social Care Act 2008 (Regulated Activities) Regulations 2014. These breaches related to person centred care, consent to care, safety, safeguarding from people from abuse and good governance. Southland Place was placed into ‘Special Measures.’

During the June inspection, inspectors found the provider had not made the necessary improvements and two further breaches from the Health and Social Care Act 2008 (Regulated Activities) Regulations 2014 were identified.

The CQC report said: “People’s safety was not ensured in areas such as medicines management, infection risk, wound care, diabetes and prevention of pressure damage.”

The report also said staff didn’t have a continued training plan in place to best meet the needs of the people living in the service and some of the staff team were not trained in mandatory areas such as how to safeguard people from risk of abuse.

The CQC said they received mixed comments from residents about meals and activities. Some said both areas could do with improvement and others said provision met their needs and they enjoyed meals.

The service remains under ‘special measures’ and have had three management changes since October 2017.

Southlands Place refused to comment at the time of publication.

Only 15% of adults making plans for how to pay future care fees, LGA finds