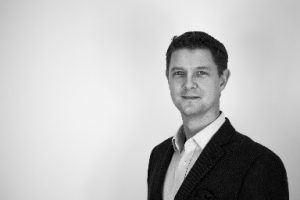 The health and social care expert at Access Group has called on the Chancellor to give social care a much-needed cash boost in today’s budget.

Steve Sawyer said: “In a period of unwavering uncertainty due to Brexit, this year’s budget presents a great opportunity for Phillip Hammond to restore confidence by giving the NHS and social care sector the shot in the arm it so badly craves.

“We can no longer skirt around the issue of an under supported NHS and social care system.”

The Access Group is a software company and believe their ‘innovative, business software means a more engaged and connected way of working that lets the users get on and focus on their business giving companies the freedom to do more.’

“Granted, the Government has already pledged to find an extra £20bn for the NHS by 2023 and while rumours indicate this may come partly through tax rises, we can no longer avoid the issues – an investment in technology is now paramount if we want to see a change,” said Mr Sawyer.

Technology has previously been highlighted by Matt Hancock, the health and social care secretary, as a key issue in the care sector.

“It’s no secret that technology reduces operational costs and improves care quality, which in turn eases the burden on the NHS by reducing hospital admissions.

Mr Sawyer continued: “The right technology also increases productivity in the sector, which has a positive knock-on effect for capacity levels in the UK’s care system. It’s a blindingly obvious solution – the release button is there, Hammond simply needs to press go.”

The Autumn budget will be announced from 3:30 today.

Dedicated Cherries fan proves it is ‘never too late’