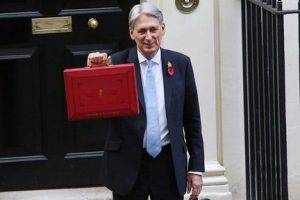 Chancellor Philip Hammond announced on 29 October there would be an additional £650m for local authorities to spend on social care, but only £240m is ringfenced for adult social care.

The remaining £410m can be spent on adult social care or children’s services, but this will be up to councils to decide.

Mr Hammond said in his speech that the era of austerity is finally coming to an end and called the funding a budget for the ‘strivers, the grafters and the carers who are the backbone of our communities and our economy.’

It was also announced councils will receive £45m for the Disabled Facilities Grant in 2018/19.

Glen Garrod, president of the Association of Directors of Adult Social Services (ADASS), said: “The detail in the Red Book reveals that the announced funding of £650m for social care is in fact a core of £410m which will need to be negotiated in local councils between children and adult services – both of which are hard pressed.

“The detail in the budget creates an invidious situation affecting older and disabled people locally. Their needs will be competing with those of different Council departments, projected overspends, dwindling or exhausted reserves, supporting NHS needs and the needs of children and young people.”