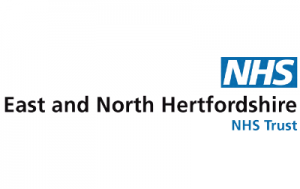 The East and North Hertfordshire NHS Trust has declared a ‘serious incidents’ following the discovery of almost 14,600 patient discharge summaries may not have been sent to GPs.

The Trust, which run Stevenage’s Lister Hospital and Welwyn Garden City’s The New QEII Hospital, have said this could mean patients have missed medical tests, appointments or scans – which would have been detailed in these letters.

A new electronic patient record system was installed in September 2017 and GPs began to raise concerns over missing discharge summaries following the installation. Michael Chilvers, the Trust’s medical director, said: “This was not to be unexpected.”

The NHS Trust launched a review following further concerns raised by GPs, which was when the IT issues were uncovered.

“Insufficient evidence exists for some 14,600 records to be sure whether or not a discharge summary was written and sent,” said Mr Chilvers.

The Trust has informed NHS Improvement and the Care Quality Commission (CQC) declaring the issue a ‘serious incident.’

“The NHS Trust takes full responsibility for what has happened and is very aware of the potential additional workload for its GP colleagues, for which we apologise. The aim is not just to understand and rectify all historical issues, but to ensure steps are taken to prevent the problem recurring in future,” said Mr Chilvers.

Mr Chilvers said the Trust are prioritising the review of discharge summaries for patients where a follow-up action, such as a further appointment or test, might have been needed.

He continued by saying there is no evidence that any patient has come to harm as a result of not having had their discharge summary, but the position will be kept under review while the incident investigation continues.

The Trust has advised any patient worried about their discharge summary can call the Patient Advice and Liaison Service on 01438 285811 (Monday-Friday, office hours only), or email pals.enh-tr@nhs.net